Students caught in the middle of for-profit college debate ask, ‘What now?’

Rule revisions set to take effect July 1 were put on hold by the Department of Education, offering a reprieve for some institutions that feel maligned but leaving students expecting assistance with loans feeling uncertain about the future. 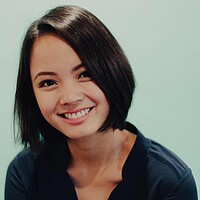 JULY 13, 2017  LOS ANGELES—On Sept. 6, 2016, Kevin Thompson switched on his car radio to the news that ITT Technical Institute was permanently closing its campuses nationwide. The Navy veteran was then 10 months into an 18-month bachelor’s program at the for-profit school’s campus in west Phoenix. The announcement came as a shock.

“I had a class that following Tuesday,” recalls Mr. Thompson, who had been using his benefits under the Post-9/11 GI Bill to cover the institute’s tuition fee of about $17,000 a year. He had hoped that higher education would help him in the transition from military service to civilian life.

He never got his degree. Worse, he found that no other schools recognized the credits he had earned at ITT Tech.

“They promised a job while I was going to school and a job after I completed the degree. They didn’t follow through with any of them,” says Thompson, a father of four. “And then they took all of my money.”

On July 10, Thompson testified at a public comment hearing in Washington – the first of two held last week as the Department of Education restarted negotiations over two Obama-era rules aimed at protecting student borrowers.

Thompson added his voice to a growing chorus of consumer rights advocates, educators, and former students urging Secretary of Education Betsy DeVos to reconsider her June decision to suspend and rewrite the rules. A group of 18 Democratic state attorneys general and the District of Columbia also joined the fray when they filed a lawsuit on July 6, accusing the Education Department and Secretary DeVos of violating federal law.

At issue is how best to protect students from fraud while not unduly restricting for-profit schools from running their businesses. When announcing her decision, DeVos criticized the previous administration’s efforts, calling the result “a muddled process that’s unfair to students and schools, and puts taxpayers on the hook for significant costs.” For their part, the attorneys general say that she exceeded her authority by unilaterally delaying one of the rules – set to take effect July 1 – without a period of public comment.

Now, students, like Thompson, who had hoped to be closer to resolving their tuition woes are again on hold, wondering what will happen next.

Mr. Clark had been deployed to Iraq as a translator with the United States Army, and chose DeVry in 2010 because of the school’s flexible hours. DeVry ended up delaying processing of the military tuition assistance he qualified for until he could no longer claim it. He had to quit the school – and his transcripts were withheld when he couldn’t pay the $9,000 he owed. “I got caught in a very horrific catch-22,” he explains.

As of 2015, about 1.1 million students attended for-profit colleges, according to the National Center for Education Statistics. That’s down from a peak of 1.7 million in 2010, or a drop of 38 percent.

Veterans are one target of the for-profit schools, observers say, because of a loophole in the 1998 Higher Education Act. The law limits to 90 percent the amount of federal aid that proprietary schools can receive from the Education Department. But other forms of federal student funding – such as military benefits – can count toward the remaining 10 percent. In the 2012-13 academic year alone, for-profit colleges received $1.7 billion through GI Bill benefits, according to the report of a two-year Senate investigation released in 2014.

Critics of the for-profit institutions charge them with exploiting vulnerable populations desperate for training in a stable career.

“They don’t explain the ins and outs of the process,” says Ashley Harrington, an attorney with the nonprofit Center for Responsible Lending (CLR) in Washington. “They’re banking on the fact that these are people who are looking for a better life.”

Erika Arellano was waiting for the revised borrower defense rule to take effect on July 1 because it would have spelled out the steps she would need to take to secure loan forgiveness. (Student loans, unlike credit card and other debt, typically cannot be discharged through bankruptcy.)

“That process to discharge [the loan] would be basically heaven,” she explains.

Ms. Arellano was aiming to become the first person to graduate from college in her family when she was wooed by the promise of an easy payment plan and post-graduation job placement offered her by the Ontario, Calif., campus of Everest College. That went away when the school’s parent company, Corinthian Colleges Inc., closed in 2015 in the face of a $30 million government fine for misrepresenting job placement data and altering student records. Today, still without a degree, Arellano is struggling to raise three children and pay off her own and her father’s loans to the school.

For some, a good path to a degree

Industry representatives say their schools offer low-income and nontraditional students a fast, flexible, and hands-on path toward earning a degree in a marketable trade. The regulations, as they currently are, represent an overreach that choke even the best of these institutions, says Steve Gunderson, president and CEO of Career Education Colleges and Universities, an industry association that has applauded the delay.

“It’s as though the proprietary sector is inherently bad and anything they can do to stop us is good,” he says.

A year later, the department announced a second set of regulations, designed to protect students from predatory practices and clarify a process for loan discharges in cases where institutions defrauded their students. Enforcement of the revised “borrower defense to repayment” rule would have started July 1.

To Mr. Gunderson and industry advocates, the decision to rethink the rules is a much-needed reprieve from what they see as a smear campaign against their sector. As currently written, they would strip schools of the power to push back against frivolous claims while giving legal firms an easy avenue for class action suits that they can file – for a fee.

“These requirements could lead to irreparable financial and reputational harm to some [institutions] that are, in fact, providing quality educational opportunities to students,” said Cheryl Smith, senior vice president of public policy for the United Negro College Fund, a nonprofit that provides scholarships to private historic black colleges and universities, in a statement shared with the Monitor.

“I think that we all completely agree that if a student has gone to a school that has frauded them in any way there needs to be a process for them to obtain a refund,” adds Lynelle Lynch, president of Bellus Academy, a cosmetology school that operates three campuses in and around San Diego.

She says that the rules as they stand fail to account for real-life conditions. For instance, gainful employment requires a program’s graduates to meet a specific debt-to-income standard. In the beauty industry, she says, the ebb and flow of tips can have a big impact on income. Some graduates also opt for part-time work even if they received full licensing and accreditation, she adds.

“We’re still looked at as the gum on the bottom of everyone’s shoe,” says Shea Green, a Bellus graduate who now works in admissions at the school’s campus in Poway, Calif. “It’s so sad to see, because there are so many people [who come from these schools] that make a killing with their career.”

Meanwhile former students are forced to wait as policymakers and advocates battle it out.

“I could’ve had my degree by now. I would’ve been graduated. I would’ve found an actual job that has a bachelor’s degree,” says Thompson, who works as a cable technician in Arizona. “But now I’m stuck.”